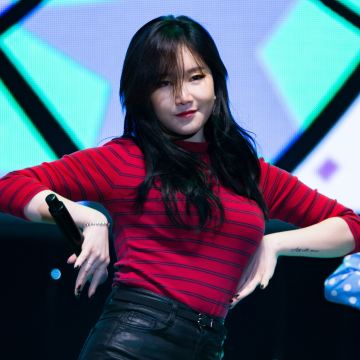 Blush are a Hong Kong-based Asian girl group originally composed of five members from the Philippines, India, China, Japan, and South Korea. They were formed by FarWest Entertainment in 2010 with the intent of popularizing an Asian vocal act in the United States as well as in all of Asia. They perform in the English language and the members currently reside in Los Angeles, California. A reality show called Project Lotus: The Search for Blush[6] about how the band was formed premiered on Channel V on March 8, 2012. They were the first Asian group to have its debut single hit the top 3 on a major US Billboard chart when "Undivided" featuring Snoop Dogg reached No. 3 on the Billboard Dance/Play Chart. Their second single, "Dance On", reached No. 1 on that chart.