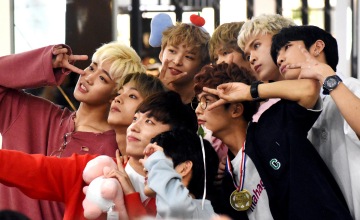 D-Crunch (Hangul: 디크런치) is a South Korean idol group formed by All-S Company in Seoul, South Korea. The group debuted on August 6, 2018, with the single album 0806. It followed up with its first mini-album M1112 (4colors) on November 12, 2018. The group consists of rappers and vocalists. D-Crunch lays its foundations in hip hop music and tries to "deliver a message" through its lyrics.] O.V, Hyunwook, and Hyunoh compromise the songwriting team G.I.G, which shapes the group's music direction.[15] Each member supplies ideas to the songwriters, which are further developed to fit the group's style.[14] D-Crunch cites BTS as its role model. 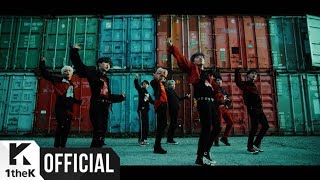