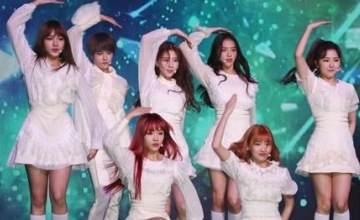 GWSN (Hangul: 공원소녀; RR: Gongwon Sonyeo; lit. Park Girl), is a South Korean girl group formed by Kiwi Pop, a subsidiary of Kiwi Media Group. The group debuted on September 5, 2018 with their debut extended play The Park in the Night Part One, and members Miya, Seokyoung, Seoryoung, Anne, Minju, Soso and Lena. On June 14, 2018, Kiwi Pop, a subsidiary of Kiwi Media Group released a teaser image for their first girl group named GWSN and the opening of their social media accounts with their reveal date set to June 18, 2018. Shortly after, members were each revealed along with a short video and an image starting with Minju, followed by Lena, Anne, Soso, Seoryoung, Miya, and finally Seokyoung - who was a former contestant on Mnet's Produce 101 TV series, where she came in 30th place 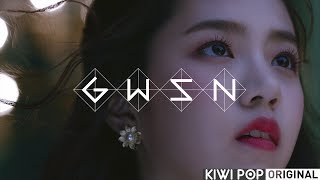